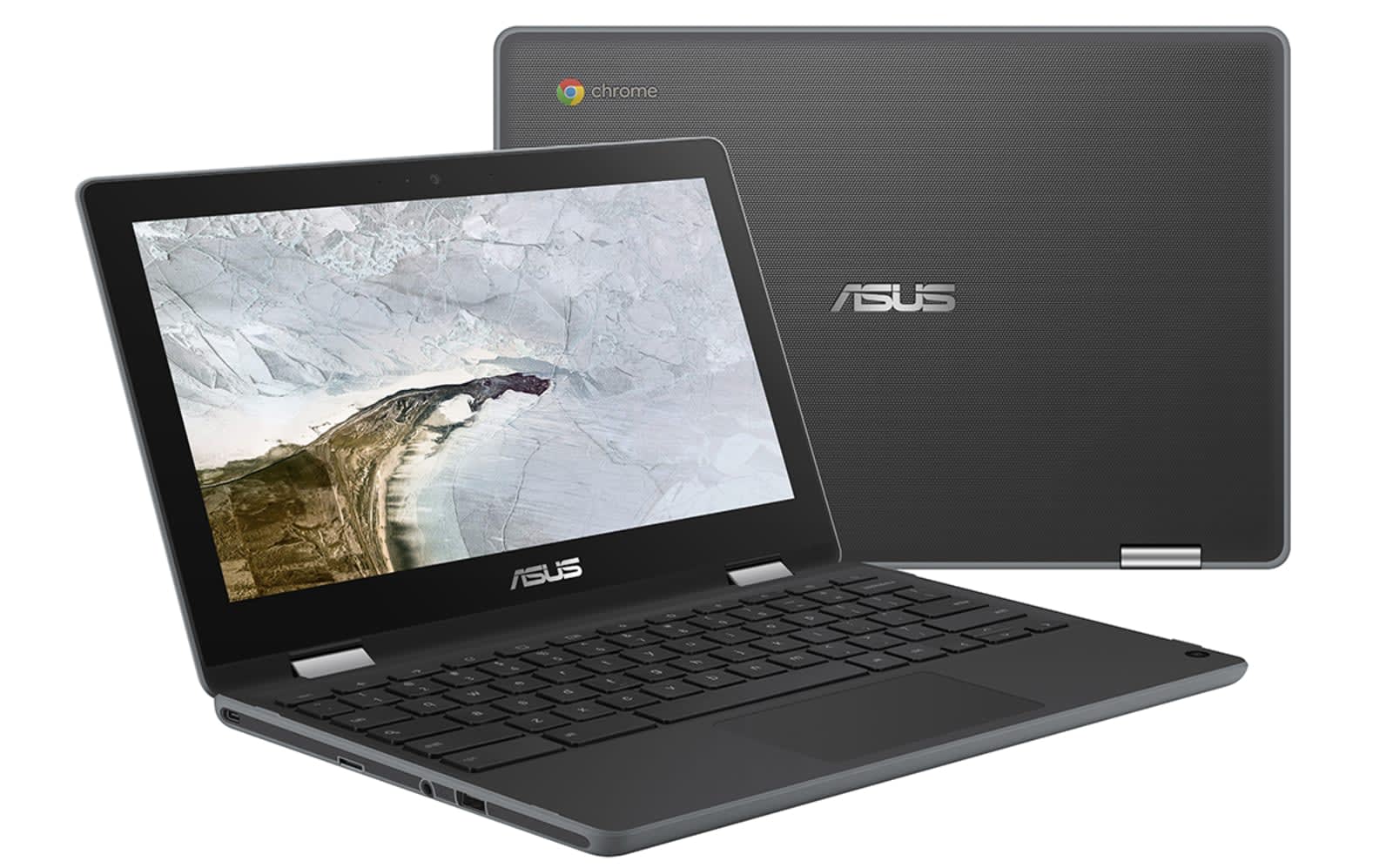 ASUS has added four new devices to its Chrome OS lineup, including the brand’s first tablet running the operating system. Like many other Chrome OS devices, all four are meant for use in the classroom, built with tough bodies and flexible hinges to be able to withstand abuse. The tablet (model CT100) was especially made for younger kids and has a thick rubberized chassis, as well as a 9.7-inch QXGA display that’s covered in strong tempered glass. It also has 4GB of RAM, 32GB of onboard storage and is powered by Hexa-core OP1 processor made for Chromebooks.